One of the key themes from the 2018 myWorld* Meetup was digital transformation: how it is driving change for utilities and Communication Service Providers and how these organisations are overcoming the associated hurdles. Opening the event, Ubisense CEO Richard Petti highlighted how the greatest challenge to digital transformation is actually starting the process, but that not doing so is dangerous as delays can lead to companies rapidly losing competitive advantage.

Keynote speaker John Carney, SVP Industries, Communications and Media at Salesforce agreed with this statement, but believes that telcos are being more innovative. While he acknowledges that it is still early days for in this sector, many have already begun their journey to digital transformation. He emphasised the importance of seeing the move to digital transformation as a journey and not a one off or short-term project, a short-sighted view that will almost certainly lead to failure.

Over the past two years, Carney has noticed a step change in the big question that operators in this space are asking themselves. No longer is it ‘do I need to digitally transform and if so why?’ but looking at ‘how are we going to transform?’ The main challenge for many, according to Carney, is the change that telcos have to make in order for them to use technology that will lead to digital transformation. He said that one of the major obstacles for many in the industry is that their systems do not talk to each other, requiring a solution that can sit on top of and work across different systems.

For many delegates at the Meetup, myWorld closes the data gaps that exist between people, data and things using location intelligence. It gives businesses a trusted view of their complex network operations through the creation of a geo operations hub, saving them time and money while improving customer service. During the two-day event, a number of customers gave presentations to demonstrate how they are using the myWorld platform to enable digital transformation.

Dick Rohm from Cable ONE described how myWorld has become the front page for his technicians – delivering real time and accurate data on its networks from users in the field. The ability of myWorld to give his field staff easy-to-use tools that work on and offline is, says Rohm, one of the critical success factors at Cable ONE. It’s is a vital tool for network planning and auditing while also delivering a fast evaluation of network health. myWorld is now an integral part of the company’s plans, giving Cable ONE the ability to build its future networks.

Zayo’s VP Systems Development & GIS Kris Boccio talked about the importance of not just integration but automation as a means to give people the reliable and current data they need to make good decisions, and how myWorld enables him to do just that. For Zayo, myWorld leverages asset maps with the business data integration as a way to accelerate automation for the platform’s end users, improving the decision-making process to deliver a better service.

Colleen Villegas, Operations Tech Support Analyst at Montana-Dakota Utilities (MDU) demonstrated how myWorld is being used to harness breadcrumbs, displayed as a series of small dots, which monitor and report gas leak survey progress of their pipe networks. By capturing the exact path (via GPS) that the field workers take during a gas leak survey, asset managers can ensure that all facilities are properly inspected and documented, as required by government regulations.

Faisal Vishram, Senior Technology Architect for TELUS, described how myWorld has been utilized to roll out their new, PureFibre™ Internet product allowing for a smoother system implementation. The deployment strategy saved expensive IT staff resources and reduces the time spent on client software installations and system updates for each user. He also discussed how myWorld enabled TELUS to utilize its asset information to enable the augmented reality capabilities of  Augview, which allows field users to visualize underground objects they couldn’t normally see, for example when the box is hidden in snowdrifts.

The explosion of new technology and its ability to improve data capture, and therefore business processes, was a recurring theme across the two-day event. Ubisense CEO Richard Petti said; “Trends we’re setting now will define a whole new set of technology that will directly impact on customer service and delivery competitive differentiation”.

Ubisense CTO Peter Batty highlighted that the two biggest problems with data capture are delays and quality. He explained that there is a plethora of new technology that now allows you to measure, visualise, analyse and work with data that was unimaginable just five years ago. The technologies that are now changing the nature of geospatial data capture include; simple to use apps, RFID, GPS, 2D and 360-degree cameras, auto scanned 3D model.

Looking ahead, technology will only spur on this development and increase myWorld’s capability to deliver real time data to people across the organisation. Batty predicts that in just five years’ time phones will be able to take 360-degree photos and video in 3D with depth information to deliver highly accurate 3D models. He also believes that access to smart voice technology will be instantly available everywhere and machine learning will enable smart recognition of features from these 3D imagery models with outstanding accuracy. The use of drones and machine learning will only increase and, according to Batty, play an increasingly significant role in inspections, dramatically reducing cost and enabling new capabilities. 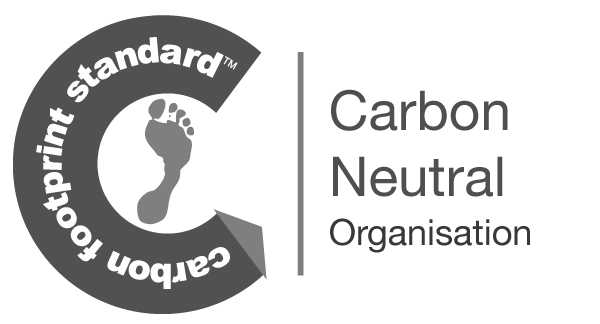