The importance of digital twins for telecommunications and utilities 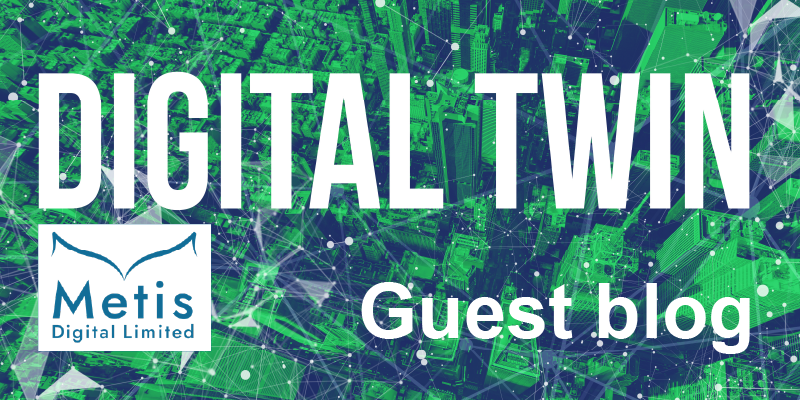 Are you sure what a digital twin is? This new standard which discusses all applications of digital twins within the built environment – and is now open for comment - might help, but I’m of the view that it doesn’t matter terribly what a twin is as long as it does something valuable. Crucially a digital twin needs to provide enough value that people continue to use it.

Early digital twins supported the management and development of extremely high value assets, such as rockets and aircraft engines, by representing the physical object in a digital model. That digital model gave teams new and better ways to collaborate in the testing, evaluation and development of the physical object. The model itself and human collaboration proved to be valuable and, as a result, more people used and developed the models and some of them will have begun to call the models a digital twin.

As computational power and sensors have both dramatically increased in capacity and decreased in price, digital twins and their uses have extended to a greater number of physical objects. Now water pumps and trains have digital representations which provide insights into objects as they are designed, used and even decommissioned. Enterprises with physical assets can achieve higher operational performance and this is often where operators take their first steps in creating and using digital twins.

By bringing information together about individual assets, enterprises can create a digital twin of an asset to ensure that people sent out in the field to perform maintenance have the right permissions and equipment to work, for example, in a conservation area or on an asset with a known fault. As a result, the operator will have better and more cost-effective maintenance regimes than their competitors who may not have used agile, resilient technology to collate information about objects and ease collaboration between teams.

Having realised the benefits of operational management, network operators may then be able to make the case for correlating asset performance with variables such as customer experience, finding out if people who suffer service failures are more or less likely to switch suppliers. We can see that there are good business reasons why asset owners will invest in bringing information together and creating digital twins.

However, assets, networks and enterprises don’t exist in isolation, they form a web of infrastructure services which people pay for and rely on. Water companies not only need to maintain their pumps but also manage cost effective electricity supply and understand the factors such as rainfall and usage patterns which compromise overall service operation. Similarly, e-scooter companies need to understand other transport modes, the economies of charging batteries in addition to their own vehicle performance to run a successful business. So, the need emerges to connect digital twins and support decisions about assets and processes in different industries that might never have shared information before.

The idea of connecting digital twins to create what we might call a national digital twin and using information from the real world to support not only better decisions in commerce but also for the common good to promote collaboration is absolutely required to tackle the challenges of the climate emergency or pandemic response. We simply cannot get to net zero in silos.

If we focus on one nation in particular - this vision was described in the UK’s National Infrastructure Commission’s Data for the Public Good report and developed by the UK National Digital Twin programme. Information about assets and services, exchanged between entities to support joined up and resilient infrastructure, which can react to both changes in long term trends and sudden shocks. Supporting nonbinary decisions such as the trade-off that needs to be made between consumer lowest price and environmental sustainability or supporting water security by investing in electricity substations.

The need for this system level thinking was illustrated by the collapse of Tadcaster bridge in the North of England 2015. As is common, there was a concentration of services on a river crossing, so each service knew that their (water, electricity, broadband) pipe was on the bridge, but nobody knew that everybody’s pipe was on the same bridge. As a result, the risk of bridge failure wasn’t managed appropriately and when the river flooded, the community was not only cut off physically but also cut off from essential services.

We need to be mindful that the challenge of data integration is greater than putting information together on a single map. Linking information from multiple contractors working on the same building over an extended time will be crucial in maintaining public safety following the Grenfell Tower disaster, when a fire broke out in a high-rise building in the UK capital. In this case there were communication and knowledge gaps between some of the contractors which contributed to key details being missed and unfortunately resulted in fatal consequences.

These are ambitious and laudable goals but there are several reasons why exchanging information is difficult. Information is often in the wrong format, there are legitimate privacy, security and commercial concerns, and crucially, value may accrue to someone who hasn’t contributed to ensuring that the digital twin works effectively.

From what I have seen, the best steps to take are small ones. Share information with partners you trust, don’t commit large sums to new technology and have a clear, common goal. Sharing with suppliers to ensure clear product supply is much easier than making the case for designers to invest in reducing costs in the construction phase of a project. The frictionless exchange of information is likely to challenge organisational and regulatory boundaries and is unlikely to be a success without changes to incentives and regulations. Something the energy digitisation task force has recognised and is wrestling with.

The value of digital twins

Miranda Sharp set up Metis Digital to connect data and people to value. She advises commercial clients alongside acting as NED to TRL (the Transport Research Laboratory), trustee to the Centre for Cities think tank and member of the Mayor’s Smart London Board and Information Commissioner’s Office (ICO) Technology Advisory Panel.

Creating a resilient, reliable grid with a proactive disaster strategy

The importance of digital twins for telecommunications and utilities